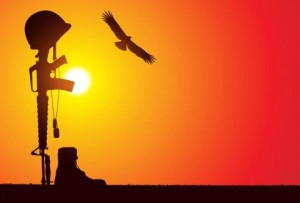 There are uncountable heroes who fought bravely in Vietnam War. Many of them gave their lives, their blood to the noble cause defending the nation’s independence and the ideology of freedom and democracy. Particularly, on the last days of South Vietnam, hundreds of soldiers chose to take their own lives instead of surrendering to the enemies. Of those, the most admired are: 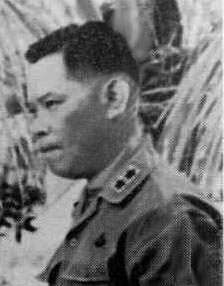 Major general, commander of IV Corps and Military Region 4. General Nam was born in Quang Nam province. He was drafted and graduated from Thu Duc Reserve Officers School, Class 3 in 1953.

General Nam was highly respected by his subordinates, his equals, even his superiors, as well as the people in his region ever since he commanded the 7th Infantry Division. His spirit of discipline made him a good example to his soldiers.

At 11:30 PM, 30 April 1975, General Nam killed himself after saying farewell to his staff and talking by telephone with General Le Van Hung, who had ended his life earlier 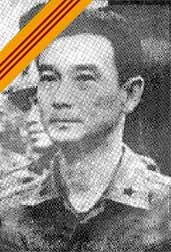 Brigadier General, deputy commander of the IV Corps/Military Region 4 at Can Tho. Hung was born in Gia Dinh province near Saigon.

In 1954, he was drafted and received training at the Thu Duc Reserve Officers School, Class 5, commissioned as 2nd Lieutenant in January 1955. In January 1959, 1st Lt. Hung was the S-2 officer of the 32nd Infantry Regiment when the Viet Cong conducted a surprise attack at the regiment base camp in Trang Sup, Tay Ninh province, and took away a large number of weapons. As the duty officer of the regiment headquarters, he bravely commanded the reconnaissance platoon, the only soldiers present in the barracks, to resist and to protect the other parts of the headquarters and other materials and equipment from being destroyed or lost.

In 1961 he was appointed Chief of Police Department of Vinh Binh province, and later a battalion commander when he was a captain in 1964. In 1967, he became the commander, 31st Infantry Regiment. Then he was assigned province chief of Phong Dinh (Can Tho). June 1971, Hung was given the command of the 5th Infantry Division and promoted brigadier general in 1 March 1972. He proved to be a talented and brave infantry commander in the bloody battle of An Loc during the Summer 1972 Campaign. He held firmly the city of An Loc under the enemy fierce attacks that lasted 2 months.

Until his death, Hung had successively been assistant commander, III Corps/Military Region 3; commander, 21st Infantry Division; and deputy commander, IV Corps/Military Region 4. At 8:30 PM, 30 April 1975, his troops still kept the city of Can Tho under control. A delegation of the city people came to see him and convinced him – as he was the deputy commander – that his ARVN forces should not fight to death as they certainly would, because the people. were sure that the Communists would spare nobody in Can Tho in order to win. They would not hesitate to shell Can Tho into rubble. General Le Van Hung and the commander, General Nguyen Khoa Nam, dropped their intention to fight to the last bullet. Hung then said farewell to his men, his wife and children before he killed himself with a .45 pistol. It was 8:45 PM, 30 April 1975 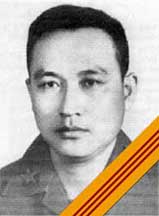 Gen. Vy was the commander of 5th Infantry Division at Lai Khe. He was born in Son Tay province, North Vietnam. He graduated from the officers candidate course in the Regional Military School, Military Region II at Phu Bai near Hue, Class 1951. As a Operation Assistant to the 3rd Corps Commander, Gen. Vy fought fiercely during the siege of An Loc and later was promoted to the CO of the 5th Infantry Division. After receiving the order to surrender from the 3-day President Duong Van Minh, General Vy committed suicide at 11:00 AM, 30 April 1975 at the division headquarters in Lai Khe 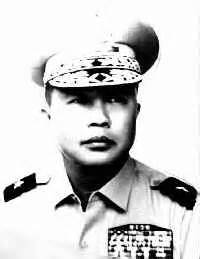 General Hai was born in Phong Dinh province (Can Tho). He graduated from the Dalat Military Academy, Class 7, 1951. Hai was well known of being incorruptible, outspoken and brave. In 1968, he was commanding the VN Rangers, directly supervising the Ranger’s raid to clear the enemy force that infiltrated into the business quarter of Cho Lon area. He was then assigned National Police Chief. In 1970 he was commander, 44th Special Tactical Zone before assumed CO of the 7th Division. He won the adoration of everyone who once worked with him, as he was renown of being incorruptible.

At midnight,30 April 1975, he committed suicide at the Division Headquarters, Dong Tam Army Base 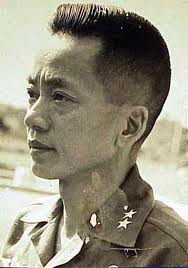 General Phu was born in Ha Dong, North Vietnam. He graduated the Dalat Military Academy, Class 8. In 1954, Phu was a company officer in the 5th Parachutist Battalion of the Army of the State of Vietnam, fighting beside the French in Dien Bien Phu. In the ARVN, Phu had been Chief of Staff of the Special Forces, the 2nd Infantry Division, Quang Trung Training Center, before taking the command of the II Corps/Military Region II in Pleiku. His troops suffered heavy losses on the way of withdrawal to the coastal areas in April 1975. General Phu committed suicide on 30 April 1975 in Saigon 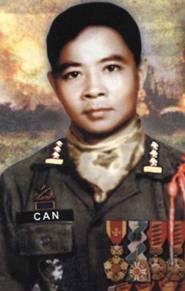 He was one who determined to fight Communists to death.

Ho Ngoc Can was admitted in the ARVN Junior Military Academy when he was 14 years old. After graduation, he served 4 years as an instructor sergeant in the same academy. In 1961, he attended the Officer Candidates Class at the Dong De Military School and was the distinguished graduate of the Class of 1962.

After commissioned, Can served the in Vietnamese Ranger as a platoon leader. He was promoted to captain in 1965, to major in 1968, to lieutenant colonel in 1971, and to full colonel in 1974. He was successfully commanding the 1/33 Battalion (21st Infantry Division), the 15th Regiment (9th Inf. Div.). In 1974, Can was appointed province chief of Chuong Thien Province, Vietnam deep south area. On April 30, 1975, he refused to surrender to the enemy. Along with his troops, Can was fighting with all his might, holding the provincial headquarters until 11:00 PM on May 1, when his forces were out of ammunition. In the last minutes, he ordered the soldiers to leave the headquarters for safety while he and a faithful Popular Force militiaman covered them with a machine gun. He fell into the hands of the Communist force after he failed an attempt to kill himself. He told the enemy that he wouldn’t surrender, and asked them to let him salute the ARVN colors with his uniform on before the execution. His famous saying before being executed is: “Don’t cover my eyes, since I want to see my people the last time of my life”

At about 2:00 PM on April 30, 1975, almost two hours after South Vietnam President Duong Van Minh surrendered to the Communists, people nearby heard several pistol reports from his home. After hesitating for safety, his neighbors got into his home to find Major Vinh, his wife and his seven children lying each on a single mattress, all dead, each by one .45 caliber bullet that gushed pools of blood from the horrible holes at their temples. On a long dining table, decent meals had been served and eaten as if in a usual and peaceful dinner. There were nine small glasses, all had traces of a pink powder left at their bottoms. Apparently, Maj. Vinh and his relatives had taken the drug – probably sleeping pills – before Vinh gave each a finishing stroke with his .45 pistol. In an open small safe he left some hundreds of thousands South Vietnam piasters, rated about 500 dollars at the time, an indication of his poor circumstances as an army major. On the note along with the money, Vinh wrote:

“Forgive us. Because our family would not live under the Communist regime, we have to end our lives this way that might be bothering you. Please inform my only sibling, a sister named … at… and use this money to help her bury us anywhere. “

As soon as the Communists entered Saigon, Lt Colonel Long dressed up with his Police Uniform and went to the Marine Corps Memorial in front of the Vietnamese Congress. There he saluted the last time the statue of 2 marine soldiers and killed himself with a pistol